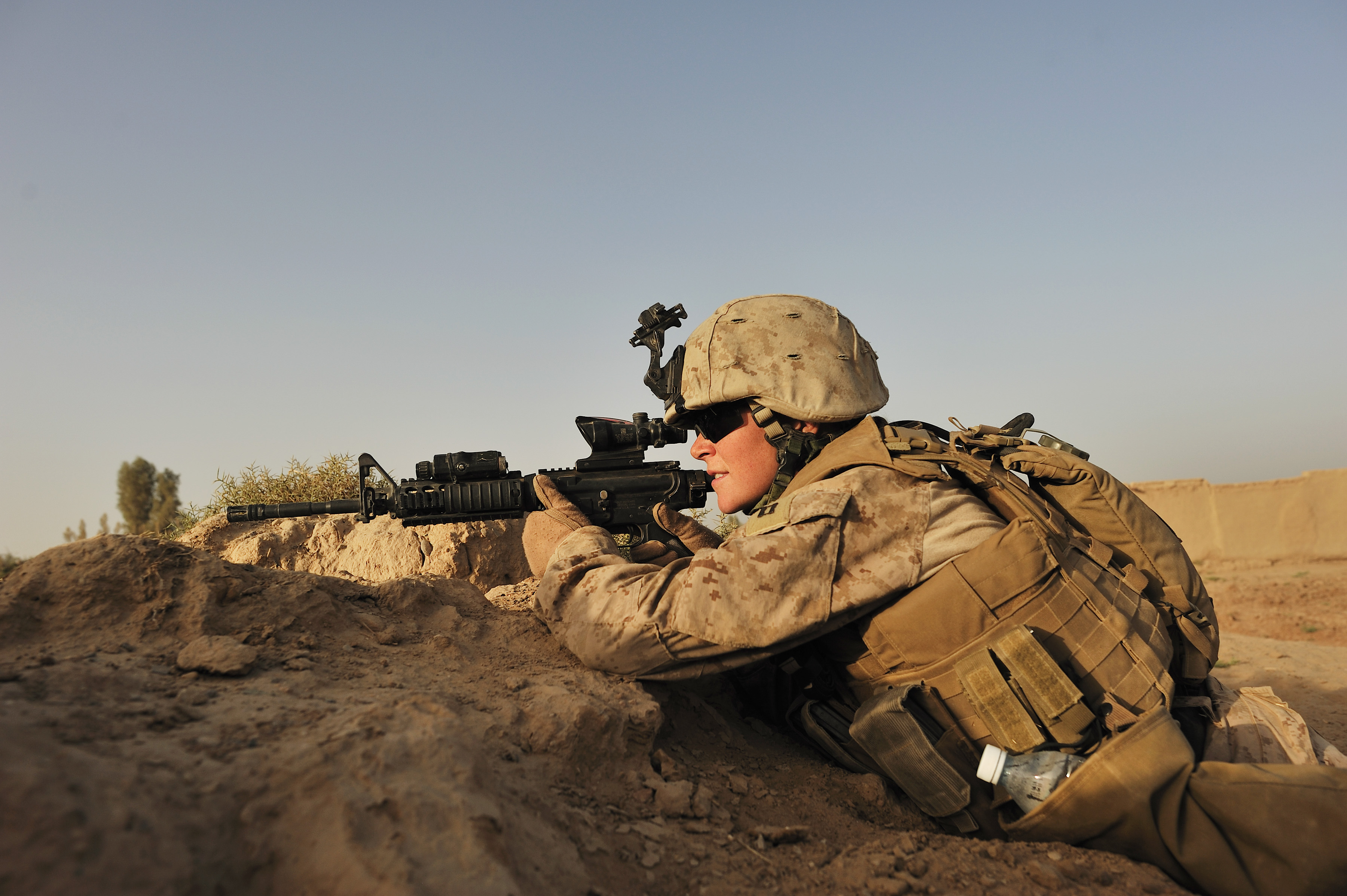 Capt. Emily Naslund, 27 who commands the female Marines while in Helmand Province, aimed her weapon while shots were fired on a patrol in Sistane. The female marines, who have been closer to combat than most other women in the war, have encountered a tougher fight than many would have expected.