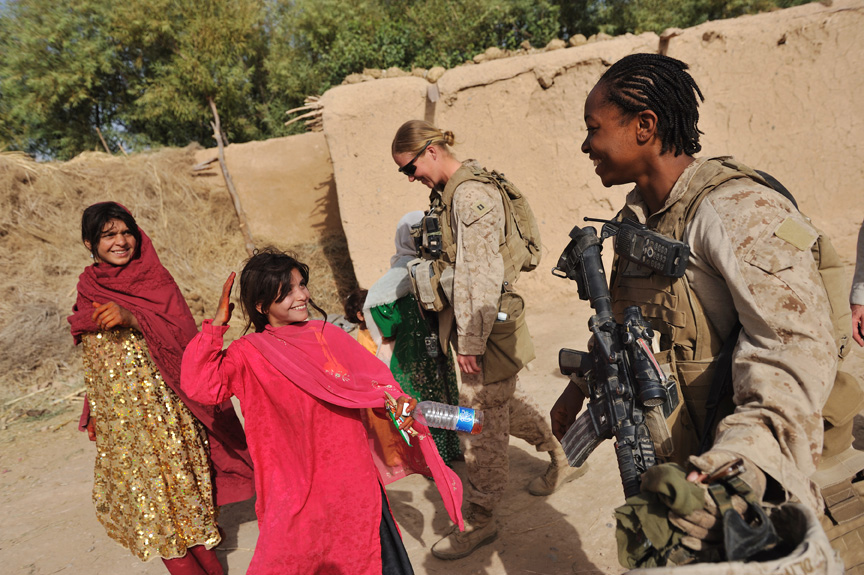 United States Marines, Cpl. Christina Oliver, 25, right, takes off her helmet to show she is a female as a Female Engagement Team is invited by an Afghan girl into their family home in Sistani Village during an operation to clear out Taliban from the area in preparation for parlimentary elections in Southern Marja, Afghanistan, September 15, 2010. Though the overall mission of the FET teams is to engage Afghan women, the female marines are increasingly exposed to small arms fire and improvised explosive attacks while on their patrols to access villages.