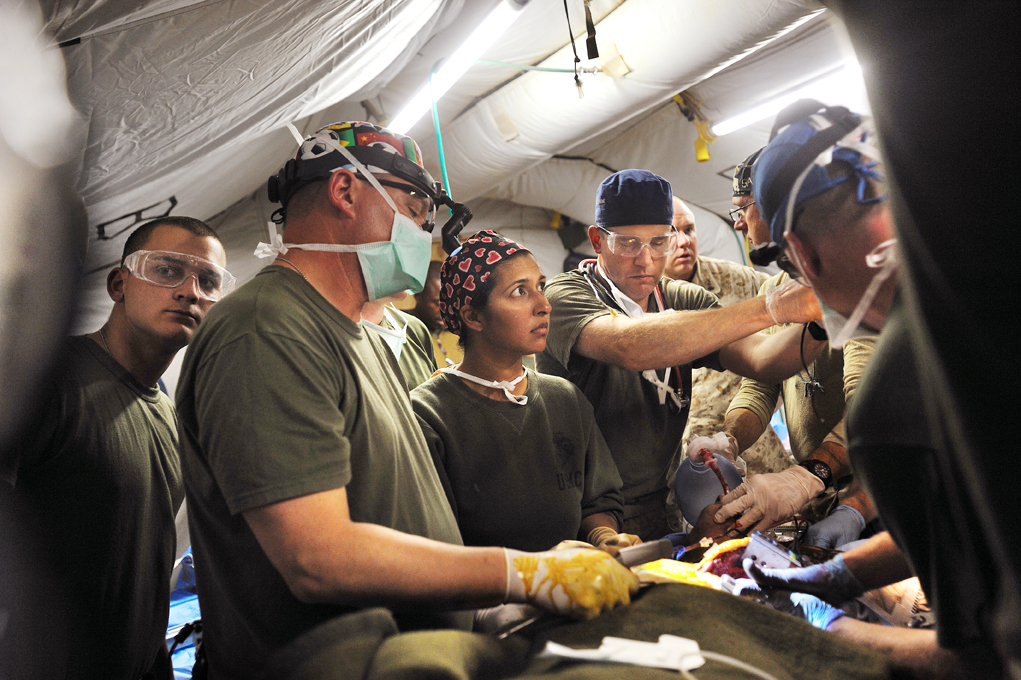 United States Navy doctors attached to the Marines in Southern Afghanistan try to save the life of a Lance Cpl., who's name has been withheald, after he was fatally injured while performing combat operations in Helmand Province of Afghanistan, December 1, 2009. Doctors tried to save him, a Marine with the 2nd Battalion, 2nd Marine Regiment, 2nd Marine Division, 2 Marine Expeditionary force, for 29 minutes before he was pronounced dead in the forward operating base hospital in Southern Afghanistan.